The History of Tubie Weekend

Tubie Festival is an event that occurs in Morrisburg on the first weekend of August every year. The festival consists of a variety of live music, a parade throughout the town, and the legendary tubie race which crowns the St. Lawrence River Royalty for the upcoming year, not to mention bragging rights around town which is the biggest victory of them all. This year’s Tubie Festival begins on Friday, July 6th. There will be events for all ages ranging from beer gardens to bouncy castles (Friendly reminder that going from the beer garden to the bouncy castle is ill-advised). Take a look at the festival’s Facebook page.

Now you may be thinking about how an event such as this came to become such a staple in the community… The honest answer is no one really knows. What started as a group of friends having a friendly race down the river has evolved over the past 50 years to a renowned festival! Originally, a one-day event rapidly grew into a weekend full of activities and has attracted people from all over the world. It has acted as a homecoming for the South Dundas community often bringing back those who have moved away over the years. The tubie festival has become a reunion to bring back friends to the place where their relationships began.

Tubie festival has woven itself into the fabric of our community over the last 50 years and with this upcoming 50th festival fast approaching, people begin to prep crafts, parade floats, and weekend plans as we come together and celebrate the greatest tradition North of St. Lawrence… TUBIE WEEKEND!

Don’t believe us? Check out this video about the tradition of tubie weekend! 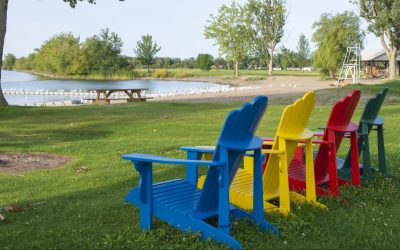 The long-awaited springtime weather has finally arrived! Now, we can all trade in our snowsuits for bathing suits, and snow blowers for lawnmowers and begin putting the ice back in our coffee. The Municipality of South Dundas shares the same excitement that we all...